Skip Navigation
A New Phase for Warpwire in 2021

Spring has arrived in the Northern hemisphere and the change in weather has coincided with new additions to Warpwire's product! On a personal note, we are happy to announce that our entire team has been vaccinated and a few of us have even ventured back into the office a few days a week.

As we adapt to a new normal, the team has continued innovating and we are excited to share our latest feature: Closed Caption Editing. 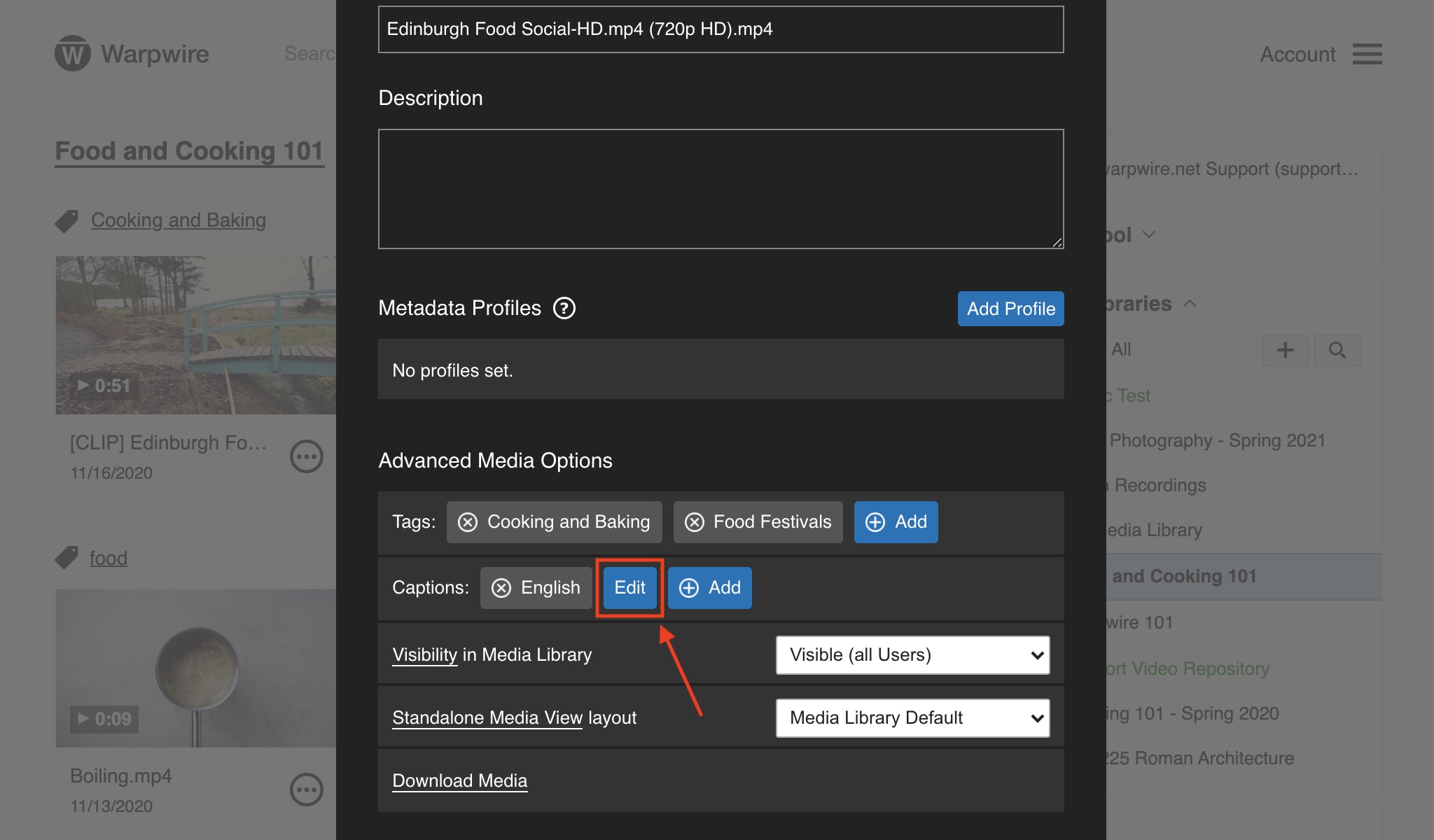 Have you noticed a mistake or two on a caption? Don't want to send it back or use a complex captioning editor? We've made fixing that easy: All admins or users with ownership permissions can now edit a media's captions right within the player. As soon as an error is spotted, the user can pop right in and correct it in our transcript sidecar. 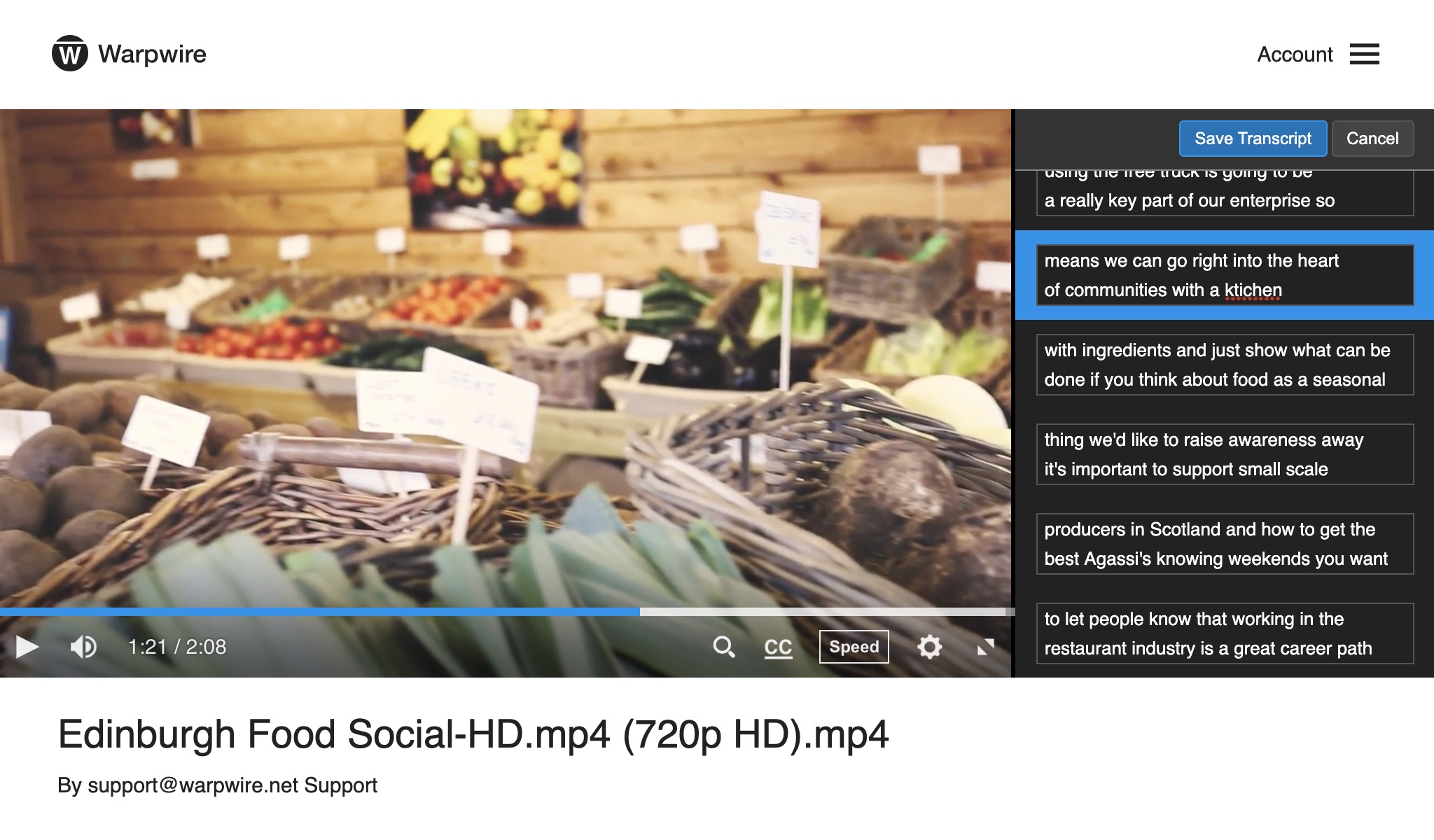 Since launching the caption editor, we’ve already had a few customers share their thoughts. Here’s one from Amy at Durham Tech:

"First, I noticed right away that the machine captions already "chunk" the text so that there isn’t an overwhelming amount on screen at once, but your team designed the editor to allow the user to edit each line of text within a very intuitive interface. This simple interface is exactly what's going to make it possible for faculty to lean into correcting their captions rather than shying away from the idea due to a platform’s overly complex caption editor. Well done, Warpwire team!"
- Amy Netzel

Closed caption editing builds upon our mission of creating the easiest, most accessible video platform out there. In the coming months, we're working to introduce more features like timeline trimming and caption versioning. We’ve also been hard at work on improvements to our live product. Stay tuned for more on that!

To learn more details about the Closed Caption Editor, read our Support Guide. If your team has used or is using the caption editor, we welcome your feedback, as it will only help to further improve our caption technologies.